It is the only time during the year I get to speak solely to a college audience and with the conference in the valleys of Wales but it also gives me the opporunity to enjoy the drive through the beaultiful Welsh Valleys.

This year the theme was based on Security with GDPR being a hot topic so having given a few ideas of different sessions it was decided to talk more about the importance of Azure AD whether you are Office 365, Google or neither.  As other organisations move to the cloud, you need to be secure and know how your users are using your domain name to access content from other Office 365 enviornments

Why you still need Azure AD even if you are Google. from pearce.alex

In recent years we have seen Microsoft announce data centres across the world and more importantly for my point of view a set of them in the UK.  Azure services can now be purchased to house your services in the UK with new Office 365 tenants being created in the these new data centres.

Well hopefully you do now.  If you navigate to the Admin Centre in Office 365, Settings and then Organisation you will see while navigate down the page it talks about where your data is located.  Below that is the notification around moving you data.

Ensure you understand what the move process is and how it effects your organisation and chat with Microsoft or visit the Trust centre if you have more questions. 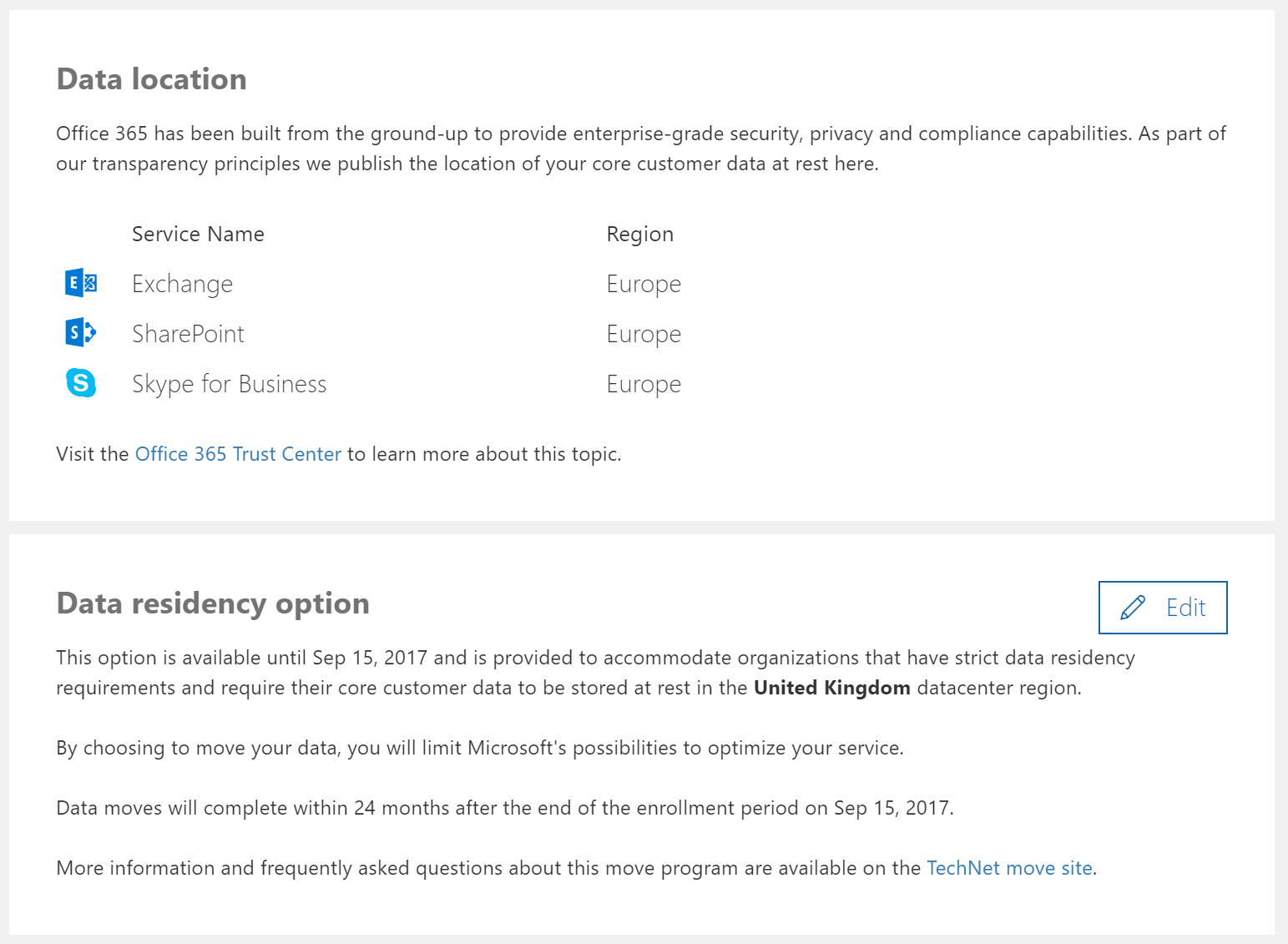 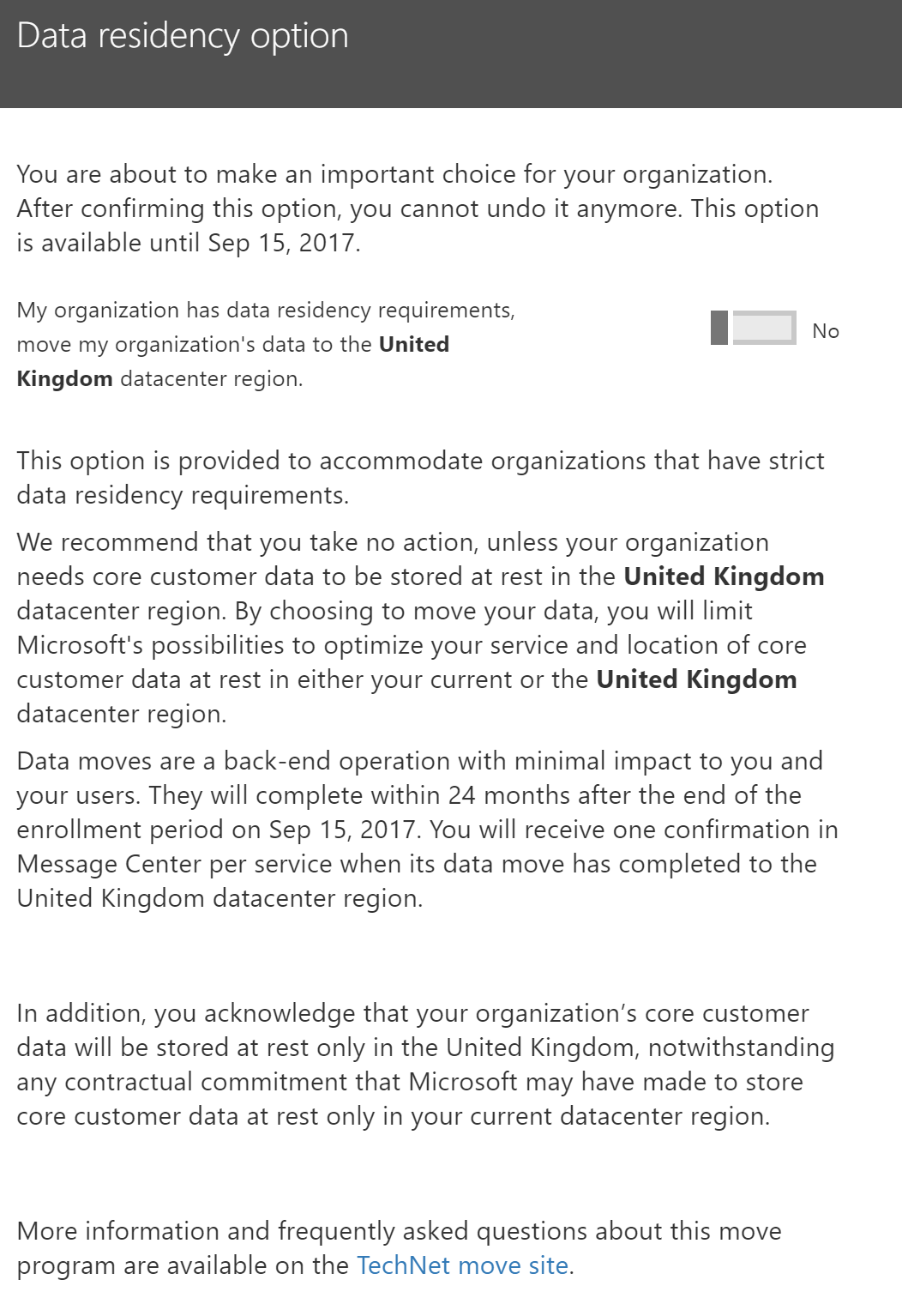 I’m delighted to be speaking at the 2016 Microsoft Ignite conference in late September. 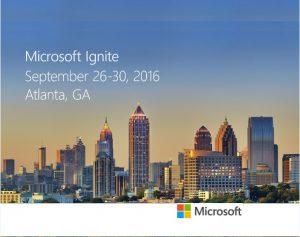 Over the course of two sessions I’ll be focusing on how the education sector are using Office 365 in two different ways.

In the community theatre I will be present and talking about Be ready for “How the millennial generation are using Office 365”.  Over the past few months I’ve been able to work with a few large companies in the UK and talk to them about how the millennial generation are using Office 365 and Microsoft technologies.  This allowing them to ensure they have an effective device strategy for new starters that support the technologies they have been using in the classroom and at home.  Is your business ready for a different type of worker that is always connected and communicating?

During this time we will be have an education meetup to talk about some of the technology and challenges we have in the education sector with Microsoft Technologies.  I’ve put some questions together that will get us talking in groups around some of technologies such as Microsoft Classroom, OneNote Class Notebook and Office Mix.  Come and listen, watch a demo and interactive and learn from each other on how these technologies are already being used with learners.

My Speaker from for more details of my sessions

I enjoy travelling to different SharePoint User Groups in the UK and hope to one day to achieve the next thing and speak at a community event aboard but there is nothing like home!

Wednesday 11th May will see the SharePoint User Group UK host an event in Birmingham just a few miles away from where I live.

The evening session will see Penny Coventry speak about “What’s New for End Users in SharePoint 2016” but before that I will be talking about and getting your thoughts on what Microsoft unveil at their “The Future of SharePoint” event on the 4th May (May the 4th be with you).

The session will most likely not be demos but I’ll share what was talked about during the events presentations and I’ll give as much information as I can about it.  I also like to use my sessions to get your feedback so we’ll ask for your opinion during this and gage each other’s thoughts.

Get signed up and look forward to seeing you there 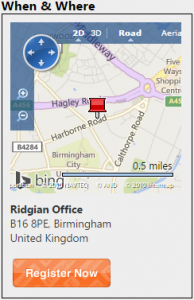 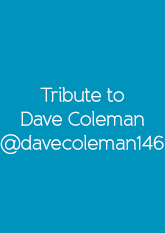 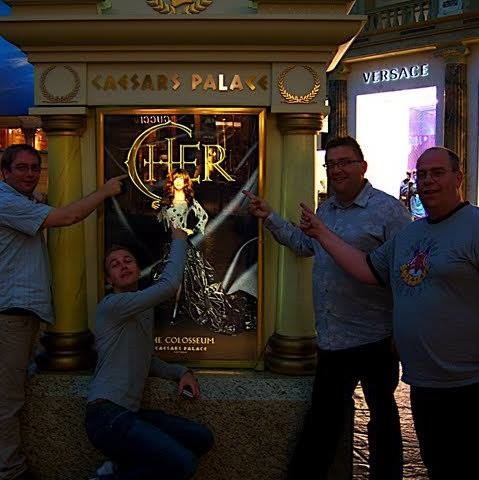